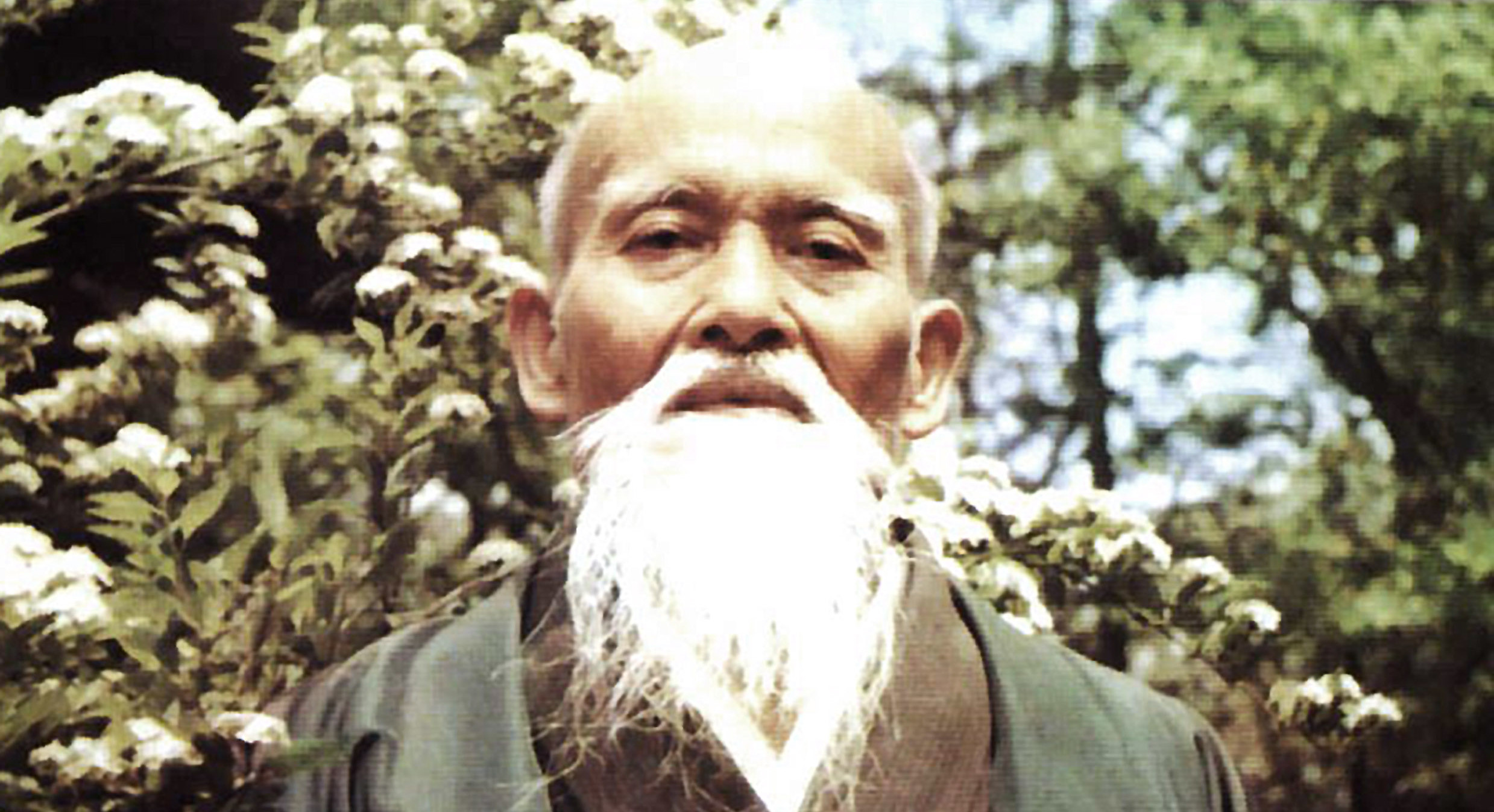 O Sensei, the Founder of Aikido

This story has been told many times, so this is just a short version. Aikido is a modern Japanese martial art that was developed from the classical arts practised by the samurai up until the Meiji Restoration. The art as we know it was founded by Morihei Ueshiba (1883 – 1969) who is known to Aikidoka as the Founder or O Sensei, which means “Great Teacher”. O Sensei had learnt several different martial arts such as Yagyu-Ryu, Tenjin Shin’yo-Ryu Jujutsu, and Judo. A principal influence on his martial art was Sokaku Takeda, who taught him Daito-Ryu Aiki Jujutsu starting in 1915.

O Sensei was also a believer in the Omoto religion and profoundly influenced by Onisaburo Deguchi. It is clear that O Sensei considered Aikido to be a spiritual path of self improvement and not a question of violence or dominance over others.

You can read more about O Sensei on Wikipedia.

In 1942, O Sensei retired to the village of Iwama in Ibaraki prefecture, where he established the Aiki Shuren Dojo and the Aiki Jinja shrine. After the war, the American occupation of Japan included a ban on the practice of martial arts but it seems that O Sensei was able to teach a small number of students quietly in Iwama without interference. One of these students was Morihiro Saito who began practising in 1946.

Saito Sensei is considered to be one of the closest students of the Founder and trained with him until Ueshiba’s death in 1969. O Sensei entrusted the Iwama dojo and shrine to the care of Saito Sensei and he continued in this position until his death in 2002. Furthermore, Saito Sensei considered it his mission to preserve O Sensei’s Aikido by teaching it as he had learned it in the ’40s and ’50s. Saito Sensei’s teachings are known as Traditional Aikido or Iwama Ryu Aikido. Notable aspects of Traditional Aikido include an emphasis on precision and the relationship between Tai Jutsu (body arts or techniques without weapons) and Buki Waza (weapons techniques, including the Japanese sword and the Jo short staff).

Daniel Toutain has initiated Wanomichi after fifty years of Aikido practice. He wanted to bring a new approach to the training received at Iwama, with the goal of improving the understanding and application of the fundamental principles of the art. Wanomichi perpetuates the techniques of Traditional Aikido, which came from O Sensei, and adds other practices that share common points, such as Ashtanga Yoga and meditation, in order to deepen the students’ comprehension. The yoga and meditation is taught by Sonya Tomioka Toutain, to help the student understand and strengthen the body and mind.

Wanomichi is a detailed and precise form of Traditional Aikido, and has many students in Europe, Africa, and elsewhere.

Aikido Alive Cornwall is a member of Aikido Alive UK, headed by Bjorn Säw Sensei. Bjorn started Aikido in 1974 in Sweden under Takeji Tomita Shihan, 7th dan. He studied in Iwama with Saito Shihan as uchi deshi and soto deshi from 1987 to 1993 and was graded Nidan by Saito Shihan. Since Saito’s death in 2002, Bjorn has been graded by Ulf Evanås Shihan and reached 5th dan in 2014.

Säw Sensei emphasizes Aikido as a spiritual path and a method by which we can learn more about ourselves as well as a physical training method and system of self-defence. Since 2017 Bjorn has studied with Dan Harden Sensei to develop an internally connected body.